I had the privilege of catching up with TV producer Charles Mattocks this past week and talk about his new show airing January 4th, 2020 on FYI Networks called Eight Days Cancer.

Why should the Elephants and Tea audience care about this new TV show? Those that read Elephants and Tea know all about the issues cancer patients face on a day to day basis and their family members both physically and mentally. Mattocks and the team for Eight Days Cancer brings several of these issues that we all deal with to light on a larger scale. We are very excited for the show to hit the air and help bring more awareness to several issues that we all are dealing with in our relationships, professionally, financially and physically.

Eight Days has something for patients, survivors, caregivers and medical professionals as we get to know the lives of five individuals dealing with cancer.  People of all ages will enjoy this show. 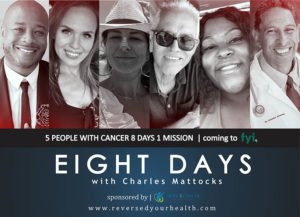 Here is the full Q&A with Charles Mattocks and myself.

Mattocks – “My father passed away from cancer a few years ago. It was overnight and he didn’t even know he had it until he found himself in the hospital about two weeks away from passing away. It touched me and my platform of Reversed now called Eight Days which allowed me to focus on health topics that many deal with like diabetes, cancer, HIV and other conditions I aim to tackle. In my own way it was giving back to him and also to potentially save many others lives. People need to be tested, people need to know other treatment options, people need to know there is support.”

Giallourakis – “Why should someone watch the show?”

Mattocks – “The show takes us on a journey, a very loving and emotional journey. It’s also good story telling with a great story line. I miss the days of great story telling, I miss the films that allowed us to dream and pushed us to think. Eight Days allows us to escape and focus on five people living with a condition but also what each one of us has inside of them. We all fight each day, many of us deal with something that can hurt us or that will stumble us. We all have someone in our families or friends that deal with some sort of condition. As we grow older each day time will eventually catch up to our bodies. But to know and see people who are fighting, some overcoming this monster called Cancer, but when its all said and done its great TV. It’s a very powerful and entertaining but also an educational show.” 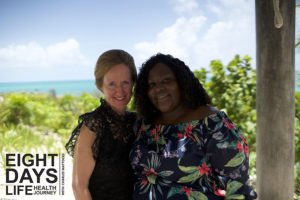 Giallourakis – “What will patients/survivors get out of the show?”

Mattocks – “To be honest each one gets something different, we created a way to expose some to new treatments working with Hope4Cancer Treatment Centers. They walked away with amazing care and education on everything from nutrition to mental health and the support they needed as they deal with many things other than cancer. Even with diabetes, that’s one condition but depression and other issues can hold someone back from true healing and change. Some walk away inspired, some walk away educated, some walk away after treatment with their cancer greatly reduced and even non-detected. So, each person comes in one way and leaves changed in so many ways. So, to answer that question each one has fully been touched by the process, we became family and with the hope of life and the future is very bright.”

Giallourakis – “What will caregivers with loved ones fighting cancer learn from the show?”

Mattocks – “We have caregivers on the show, they became closer to their loved ones, at times someone who is dealing with someone has to be strong, they don’t always allow their vulnerable side to be seen. So, a husband that has to be the head of the house and the provider to their family may not show his fear. We saw those who were the caregivers able to understand and listen to how their husband or wife felt about many things. It was very touching, we saw how friends come together to fully understand and be able to provide more care. I also feel that those in healthcare can truly benefit from the show. Some on the show were told they had months to live and they took their lives into their hands and have lived many years past what their doctor or provider told them. Being able to understand that there are many ways to treat this and that the will of humans to live and hope is very powerful. The faith in God and allowing them to know their purpose is not yet fulfilled can keep someone alive for many years.” 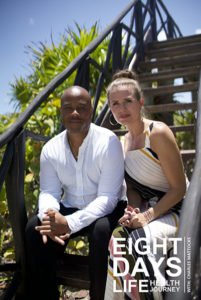 Giallourakis – “Any behind the scenes details you can share?”

Mattocks – “You have to wait and see the show, let’s just say there are two stories, one at the clinic. Some are new and going to treatment for the first time, then the story at the house where we have those who are following up. Anytime you put five people or whatever the number is you can imagine there will be things that will come up. But it’s all in the growing process and allowing people to find their voice. Once again people who are featured are dealing with Cancer but also have real issues at home, may have relationship issues, may have financial issues, may have faith issues from all they are dealing with. So, some of these issues can come to the surface and we have a great supporting staff of experts to deal with this and more. But yes, the show is filled with some ups and downs but it’s all in what life is. But at the end I think we wrapped it up with an amazing close to the Eight Days.”

Giallourakis – “What are the ages of the 5 in the show?  Anything to add about each one’s story?”

Mattocks – “They vary in ages and race. We wanted to cover many races and ages. We wanted to make sure someone saw someone like them or someone they know. One’s 43, 63, 40, 40’s and 70’s trying to respect each one privacy. I would say each one has their own journey, it’s really amazing to see the various outlooks on life and their take on faith. Some just want to live each day to the full and not overtaking life, some are very spiritual, and faith guides them, some are in the middle and trying to work through issues that keep them from being as strong as they can. Some had addictions that come out in the show. It’s really incredible to be honest, to see this unfold and it blew me away. I became so close to them and we have a bond that will last a very long time. Many know they can reach out to me and they have the great folks at Hope4Cancer and Dr. Tony Jimenez to contact for any support. I am very proud of what we did, the main thing is that we created something that allows hope and helps to educate and inspire. This is the first of its kind in many ways and I hope to do another few seasons on cancer as it touches so many lives and I think there are so many stories to be told.” 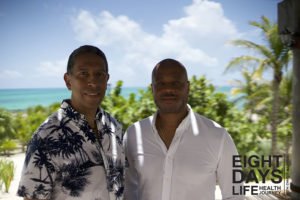 Mattocks also added “If anyone wants to be on the next season send us an email and share your story with me at [email protected] And if your seeking alternative treatment reach out also and I can connect you to the amazing folks we teamed up with for the show. The show will air January 4th on the FYI Networks. Visit the site at https://www.reversedyourhealth.com/reversed-eight-days-cancer”

We would like to thank Charles for taking the time out of his busy schedule to talk with us about Eight Days. For more information about Charles Mattocks and all the amazing work he does click here.