HOPE… Beyond My Name

This article was in our December 2020 Magazine – Click Here to view that issue!

My mother used to say, “Everyone is the architect of his own destiny”. However, in the middle of 2018, I expressed to her my disagreement with that phrase, given that destiny is out of our control. Due to my recently diagnosed cancer, my destiny was not as planned anymore. After an earthquake, she replied, the architects must throw out the rubble and erect new projects; It was not until today that I finally understood that concept.

I studied international commerce and had the chance to work in Vancouver B.C., Seattle, and California. I worked for the Mexican Consulate and the Lebanese Embassy in Mexico. My position was Chairman of Commercial and Cultural Affairs. Later on, I moved to Queretaro, Mexico, where I currently live with my parents, and started a job in an American transport company.

In the middle of January of 2018, my back hurt, I thought the air conditioner at work was the cause of my pain; however, later, I found something in my chest that grew rapidly in a matter of days. I went to the oncologist, and I was taken to surgery immediately.

I was always the healthiest in my family, I never drank, never smoked; I used to go to the gym, and was a member of a rowing team. Despite this, on January 30th of 2018, my life changed. I was informed that my breast was surgically removed in conjunction with twenty-one lymphatic nodes. I had triple-negative 3C cancer. This kind of news changes your life, but it also makes you stronger and more human. You realize who really loves you and who doesn’t, your faith is challenged but at the end you end closer to God.

Sixteen cycles of chemotherapy started back in March of that year, I finalized the radiotherapy on October 30th; two days later, I traveled to Orlando with my cousin to celebrate my victory. I went to Disney and Universal parks. I was gifted with a pin that said: “I´m celebrating… the end of my treatment”. In consequence, most of the people were congratulating me and giving me encouragement to move on. I was feeling proud of my courage.

The next month I went back to work. Nonetheless, in January, the cancer came back to the left lymphatic nodes. I underwent surgery last February, and I received eight cycles of chemotherapy, but in the second PET-scan, the cancer was still there in the right side of my axilla. Therefore, I had 20 cycles of radiotherapy in July of 2019.

One day I was outraged because despite people telling you “You can do it!” or “You are so brave and strong,” it Is not easy when you are giving your best, but all the same, the cancer returns in such a short time. I was frustrated, and I used to say, “God took away from me one year and a half of my life,” when I thought and focused my attention on the treatments that weren’t working. However, I shifted the sense of my phrase to “God gave me one year and a half of life” because I could have passed away that day. From that moment, I started looking every day as a gift. In January of 2021, I will achieve three years of living life to the fullest since my diagnosis. Currently, I see every day as a gift; in the morning, I’m grateful for having one more day to live, and in the night, I’m grateful for the opportunity of having lived it to my best; the approach to life changes.

In October of last year, I had my third PET-scan and metastasis in the axillae, mammary glands, and mediastinum were found. Although I try to preserve my good attitude, during the next chemotherapy, I was really sad; I was thinking about the reason of why the metastasis was spreading so fast, I started crying, but then I listened to a voice that said “Hey, you are way older than me, why are you crying?”. I turned my head and listened to little Regina – a 4 year-old girl with leukaemia – She smiled and said to me “I’m gonna give you and advice… for doing this easier, when they inject your port just breath as if you were sniffing flowers, and then blow as if you were blowing candles in a cake” (She thought I was crying because of the needle). Nevertheless, she said “This will make everything easier”. Since that day I follow the suggestion of my little friend Regina, and truthfully life gets easier.

Because of my several metastases, last December I started immunotherapy (Tecentriq) as recommended by several doctors. It was applied with abraxus since December up to March, but it didn’t work.

In April I had my fourth PET-scan and more metastases were found, now in the sternum, the clavicle, and cervical and pectoral regions. As you can imagine I was devastated, not only because of the metastases, but in addition, a big tumor grew in my right breast, , the sternum was deformed and I was unable to move my right arm.

I went to see the doctor that took care of me for two and a half years, but they mentioned that there was nothing else they could do for me. They wished me “luck”, and as if they were gods, they predicted “6 months of life”.

The pain was a part of my daily life, but my faith, positive attitude, and courage were always there. The only doctor left caring for me was my Radiologist. He helped me, and we agreed to 10 sessions of radiotherapy. However, after the fourth one, I started to feel a very bad pain in my back, the next day my doctor told me that we could not continue, but he referred me to another oncologist.

With the new oncologist, we talked about performing a very complicated surgery in which I would lose my right breast, and they would remove some skin. I gave permission to proceed to do it.

The surgery was scheduled for June 16th. The 12th I was coming back home after my last appointment when a pain in my right lung appeared. My parents took me immediately to the hospital, and there we learned that my liver was greatly enlarged and it was compressing my lung. The surgery was cancelled as a result.

The next day in the hospital, a clinical oncologist, Doctor Lugo, who has become one of my angels, came to see me, he told me about a perfect chemotherapy for triple negative breast cancer, and , Doctor Lugo, who has become one of asked me to give it a chance for only three sessions; if it did not work I would be able to stop it. I accepted the deal.

I stayed as inpatient, also with the purpose of controlling the pain; June 15th was the day of chemotherapy. I remember that the next night I listened to everything in my surroundings but I was unable to move. My mom approached me and noticed my complaining; suddenly I was not responding. My mom was very scared, thinking about the worst. I started to enter a white tunnel; one voice was saying, “You are dying,” I didn’t want that. I was fighting to come back, my parents needed me.

At the end I was dead for some minutes. I was fighting, even without vital signs, I listened to everything.

For some reason, the medical staff left the room; my mom came to me and started to tell me how much she loved me and how much she needed me. She told me how fortunate she and my dad were for having me as a daughter, she was speaking to me in the sweetest tone and I started to come back.

My mom says that my first words were “Mamá! Mamá!”.

Some minutes later, already conscious, we hugged each other and we cried as never before. The doctors said that it was a severe intoxication because of the multiple drugs, that is why even my vitals were gone. This experience marked my life, and I am sure that God gave me another chance in this world.

Later, I felt even more grateful for the opportunity because the tumor in the right breast started to diminish in size, the sternum was back to its place, and I was able to move my arm again. There is no doubt: It was a miracle.

The miracle would not be possible without my family’s unconditional love and support, especially from my parents.

Currently, I am in my third cycle of chemotherapy and I will have my 5th PET-scan at the end of it.

Until today, I have received 65 “chemos”, and 50 radiotherapy sessions. For me the sky is the limit, as long as there is life there will be hope. After this experience, I work hard every day thinking that miracles do happen; I consider myself one. Without a doubt, I feel proud of being an example of perseverance, patience and faith. The change from “Why?” to “For what?”. After my diagnosis, I made my decision to be an example of love and testimony of God. I hope that my story can make people change the “why” to “for what”, and help them to never lose their faith, never lose the persistence, the strength, the humility the gratitude and overall… the HOPE. 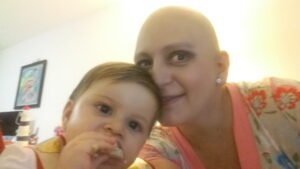 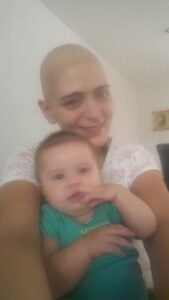 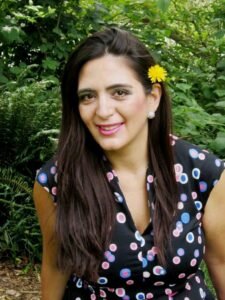 This article was in our December 2020 Magazine – Click Here to view that issue!